Latvia is one of the three Baltic States that made up part of the former Soviet Union. But how much do we actually know about the country?

Here are some elementary Latvia facts.

Latvia has a rich history

Latvia’s capital Riga has historically been known as one of the most important trading ports in the world. The ancient Greeks traded here and that importance grew from this point.

Riga itself is over 800 years old.

Latvia was previously known as Livonia

Latvia has been known by other names throughout its history and ‘Latvia’ itself has only been commonly used since around 1918.

Previous names included Livonia and Courland which are now recognised merely as regions within the Baltic area. Much of Latvia’s turbulent past is centred around these regions.

Latvia is the 124th largest country in the world and it is the second largest of the Baltic States. The overall surface area in Latvia measures 24,600 square miles and the population was registered at just under two and a quarter million at the 2010 census. 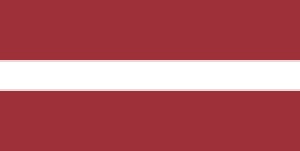 Latvia is made up of many so-called ethnic minorities but like other, neighbouring countries, this is to be expected following its incorporation into the Soviet Union. As a result, native Latvians share their homes with Estonians, Lithuanians, Russians and many more.

There are many languages spoken here

With so many ethnic minorities present in Latvia, there are several different languages to be heard as you walk around the country’s seats.

As well as pure Latvian, expect to hear Russian and Ukrainian amongst others.

Latvia has a welcoming climate

Situated on Russia’s eastern tip, Latvia enjoys one of the best climates around and in the summer, temperatures are warm, yet immensely comfortable.

Only in winter when January and February see the mercury head for freezing point will outside visitors feel uncomfortable. That is one of the reasons why Latvia has increased in popularity as a tourist destination, although Riga’s reputation as a stag weekend capital is generally an unwanted one.

Latvia and its diverse cuisine

Like many former Soviet countries, Latvia has its own, very unique cuisine and outside influences are relatively rare.

Grey peas and ham are often regarded as the national dish and typical Baltic staples such as meat, wheat and potatoes are also found here. However, its coastal location means that there are many varieties of fresh fish to be found right across Latvia.

Although Latvia technically gained its independence in 1991, the last of the Russian troops remained in the country until 1994.

For many years, Latvia remained dependent on its larger neighbour economically and citizens felt they were never truly independent while these barriers were maintained. In time, this dependency began to dwindle and in 2004, it was seen by many as the final seal of independence when Latvia was admitted into the European Union.

To get more involved in Latvia and to understand these Latvia facts in greater depth, further reading is recommended and Amazon is an obvious place to start for a wealth of related material.