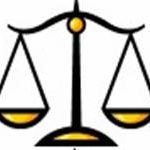 One post in particular caught my eye – 1948 Blog’s article about how Russia is “hijacking” the European Court of Human Rights.

Apparently, there are about 90,000 cases currently meandering their way through the ECHR (Russia is the defendant in 19,300 of them) that the court is about to come to an administrative standstill.

The ECHR want to implement an administrative reform that would see many cases being heard – initially, at least – by single judges, rather than by a panel of judges.  It’s estimated that this would increase the court’s productivity by 25%.

Russia, however, is blocking the move, arguing that it endangers the “main principles of justice.”  The suspicion, however, is that Russia would actually prefer to see the court grind to a halt, in order to end the embarrasment of having so many cases (and judgements!) directed against it.

The problem is, though, that I think Russia’s stated reasons (although probably not their real reasons) are good ones.

Moving to single judges to hear cases is really an admission that the court is hearing too many cases.  Instead of trying to hear so many cases, it should instead concentrate on setting up more hurdles to prevent frivolous cases (of which there are many) from even reaching the court, so that it isn’t overwhelmed in the first place.  That way, the ECHR could focus its energies on delivering justice, rather than on coping with its administrative burden.

The best books about Russia… on the radio