British troops to march through Red Square for the first time. Or are they?

The British press are reporting that British troops will take part in this year’s Victory Day Parade in Red Square on May 9th. They’ll be joining troops from America, France and, of course, Russia, to mark the 65th anniversary of the end of the second world war.

According to the British Embassy:

How much research they actually did is pretty questionable, considering that this picture was taken less than three years ago: 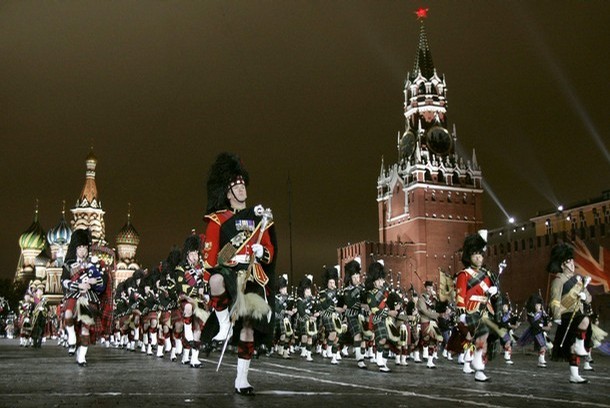 They’re marching and playing in the first Russian Military Tattoo, also known as the Kremlin Zoria Festival, which took place in 2007. If you look carefully, you can see representatives from the 1st Battalion Scots Guards, the Royal Scots Borderers, the Black Watch, the Highlanders, the Royal Gurkha Rifles, the Royal Air Force, and the Royal Corps of Signals. Plus a whole host of military musicians from other Commonwealth countries.

British marching bands were set to attend the second Tattoo, in 2008, as well, but the Russia-Georgia war put paid to that plan.

Much more about the Moscow Military Tattoo here, including links to lots more pictures. Here’s my absolute favourite. 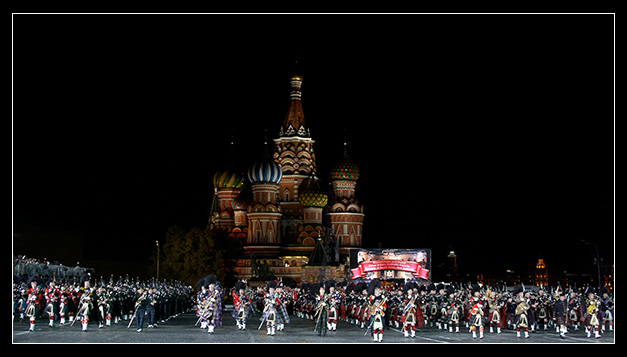