Tajikistan is one of the more remote areas of the former Soviet Union and this mountainous land can be found located in central Asia.

Outside of the country itself, little is known but in reality this is a fascinating nation and one that is certainly worthy of further exploration.

Tajikistan is a landlocked country that shares several borders: To the south you will find Afghanistan with China to the east, Uzbekistan to the west and Kyrgyzstan on its northern edge.

The total surface area of the country measures some 143,100 square kilometres while at the 2010 census, the population was recorded at a fraction under 8 million. The capital and largest city here is Dushanbe and the official national language is Tajik, although Russian is widely spoken across the country.

Tajikistan has a rich and varied history and evidence of continuous habitation can be traced right back to 4000 BC. Various influences were experienced in the years that followed until the Russian Empire began to dominate the country from the 19th century onwards.

As the Empire spread into Central Asia, Tajikistan was swallowed up as part of the Great Game; a campaign which ran for nearly 100 years from 1813. Conversion to Soviet Rule seemed like a natural progression but the Tajik’s fought hard against the Bolsheviks in a desperate attempt to regain independence. Sadly their efforts were foiled and many Mosques and villages were destroyed by the Bolshevik conquerors.

When the Soviet Union collapsed, Tajikistan was quick to declare its independence in 1991 and the first country to recognise it as an independent state was Iran, who set up an embassy in the capital Dushanbe in the same year. 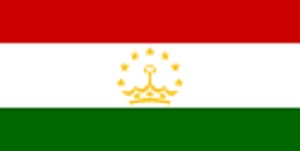 However, this act didn’t serve to end the country’s problems as Tajikistan fell almost instantly into a protracted and bitter civil war. Political and civil unrest continues to the present day, making Tajikistan one of the less attractive places to visit in the former Soviet Union.

The volatile situation in Tajikistan dissuades many travellers and that is sad when you consider that this is a fascinating country with many interesting natural and man-made sites to see.

Visitors are generally safe here although it always pays to check foreign office advice before setting out. As far as natural settings are concerned, the backdrop of the Pamir Mountains provides a spectacular view in most areas of the country while Lake Karakol is claimed to be one of the great, unspoilt natural treasures of the world.