Things to see in Moscow

Any tourist coming into Russia would be missing out on so much if they chose not to visit Moscow. The countrys capital has so many amazing sights and landmarks that it is difficult to know where to begin when constructing a guide but here are some of Moscows best.

St Basils completely dominates Red Square which in itself is one of the best sights in Moscow. This extraordinary cathedral with its iconic onion shaped domes is arguably top of the must see list of buildings here. 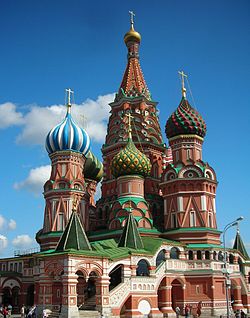 It is steeped in history and legend while stories claim that Ivan the Terrible, who commissioned the building, had the architect blinded so that he wouldnt create anything as beautiful again. In later years, it is suggested that Stalin was set to have St Basils demolished as it interfered with his parades but thankfully this plan was reversed.

Located right in the centre of Red Square is the tomb of the former Soviet leader and here you can walk past his embalmed body. This is a fascinating, if slightly eerie reminder of another time but this is another site that is extremely popular with all tourists.

There is frequent talk about having Lenins body finally interred so if you are planning to visit the tomb, you may have to be quick.

This is simply a huge area with so many different attractions that the Kremlin can take up more than a days sightseeing by itself. Perhaps the most spectacular exhibit however is the incredible diamond collection which is situated in the armoury.

Elsewhere, you can see a choice of amazing churches while a ballet performance in the conference centre is not to be missed.

Its worth taking a tour of this outstanding building during the day but a performance at the Bolshoi could undoubtedly be the highlight of anyones trip to Moscow.

Many of the worlds greatest performers can still be seen here but remember to book your seats well in advance in order to avoid disappointment.

Throughout the centuries, Moscow has been at the heart of Russian culture and there are many art galleries and museums here that herald the work of some of the capitals most famous creators.

There is a vast choice for any visitor but arguably the best locations include the Tretyakov Gallery and the Pushkin Museum.

Moscow has emerged from the ashes of the former Soviet Union to become one of the richest countries in the world and there is a whole area of the capital that is clear evidence of that.

Moscow City is the nations business centre and although it may not be your first choice with regards to a tourist visit, there are some incredible skyscrapers and other modern buildings to see.

Overall, there is so much to see and do in Moscow that it is simply impossible to cover it all here. To find out for yourself there is only one logical course of action and that is to pay this amazing city a visit.