Siberia is such a vast and mysterious wasteland that is has been the scene of many myths and legends going right back through the centuries. The so called Siberia Valley of Death lies in a remote region known as Yakutia but is there any truth here or is it merely a hoax?

Yakutia is an area of around 100 square kilometres and it is said to contain curious dome shaped objects buried deep into the earth. Locals say that they have an adverse effect on people and local wildlife and hence the area has been christened with the name ‘Uliuiu Cherkechekh’  literally the valley of death.

The domes are said to be made of a metal substance although they cannot be damaged in any way. Attempts to chisel at their surface have been futile and they merely stand as they were, silent and threatening.

It is said that nobody stays too long in the valley as they will become subject to a mysterious illness which results in certain death. As such, few attempts to investigate have been documented. 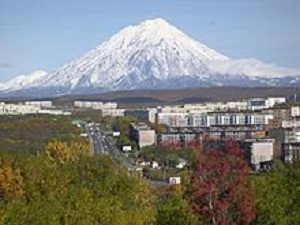 Any firm investigation into these mysterious domes or cauldrons as some eye witnesses have called them seems to have eluded the authorities and it has therefore been left to the Fortean Times to take a stab at unravelling the mystery of the Siberia Valley of Death.

In 2007, a correspondent ventured into the dense Taiga but his initial problems involved finding the exact location of the domes. The party hired a local guide who is said to have run away after being struck with a strange sense of foreboding.

Eventually, the Fortean Party found what they referred to as an annulus  a small ring in the ice which they believed to be concealing a cauldron. However, as they began to investigate further they started to fall ill and fearing that the legends were true, they fled the area as quickly as possible.

Without any evidence, photographic or otherwise of the existence of the domes, there have been many rumours as to the cause of their existence.

Needless to say, the concept of alien life forms is never far away when stories of this kind emerge and many will point to the cauldrons as being some form of metal holding areas for extra terrestrial life forms.

Others have linked them to the events at Tunguska in 1908 when a huge explosion in the sky flattened miles of Siberian forest. Another report claims that a nuclear missile test saw the reported blast inexplicably multiplied.

In the absence of photographs or any other form of evidence to back these claims up, the story of the Siberia Valley of Death will remain as nothing more than a curious mystery. Maybe its even a less than elaborate hoax but it certainly makes for a fascinating story.