Historically, Russia has been home to a diverse set of religions and alongside the Russian Orthodox Church, many different faiths are represented.

As such, there are many muslims in Russia as there have been throughout the centuries.

In Russia, around 70% of the population consider themselves to be part of the Russian Orthodox Church. Of the remaining 30%, a significant proportion state that they believe in God but don’t follow a religion, while others claim to be either atheist or agnostic.

That means that with 6% of the population, Muslims represent the second largest religion in the whole of Russia.

History of Islam in Russia

Muslims have been resident in Russia for many centuries and they are legally regarded as part of the country’s historical heritage. The first Muslims entered Russia as long ago as the 8th century and the first Muslim state was established in 922 when Volga Bulgaria was converted to Islam. 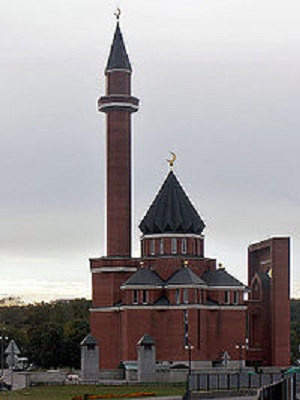 Traditionally however, Muslims have always been a minority in Russia as a whole and while the country stopped short of a programme of total exclusion, persecution has existed throughout the centuries.

During the Soviet era Muslims were oppressed, arguably far more so than members of the Russian Orthodox Church. Many of the Mosques were closed and those who were brave enough to openly worship found their options to be severely limited.

Needless to say, the Stalin era was the hardest to bear and it brought with it a system of mass deportation which saw nearly 200,000 Crimean Muslims sent to the far flung corners of the Soviet Union. Many died in exile or perished of starvation along the way.

In the 1990’s a period of conciliation began as Russia began to attempt reparation for the suffering under the Communist regime.

Pro Islam groups were set up to help protect Muslim interests and restrictions were lifted on the allowance of pilgrimages to Mecca.

Muslims in Russia today enjoy greater freedoms but some believe that their faith has been changed forever by Communist rule.

Muslims were so oppressed that it’s alleged that the following of Islam in Russia isn’t as strict as it may be in other parts of the world.

In 2005, Shamil Alyautdinov, Imam of the Moscow memorial Mosque underlined this in an interview with some rather unexpected quotes.

“If people wear tight jeans or skirts and speak slang, it does not mean they have veered from the path of true Islam,” he claimed.

When asked if it was OK for Muslims to miss out on attending the Mosque he added,

“It is not obligatory. Life is very fast these days, so people don’t have time to go to mosque.”

The interview continues in a similar vein but is this just an isolated voice or is this view shared by others in Russia?

Muslims today represent around 6% of Russian people and after enduring a mixed history to say the least, the future for now seems to be set for more tolerant times.