Much is known about the Russian Prime Minister’s political and military career but until very recently, his family life was largely unknown. All that was to change however when Vladimir Putin’s daughter Maria Putin burst on to the celebrity stage. 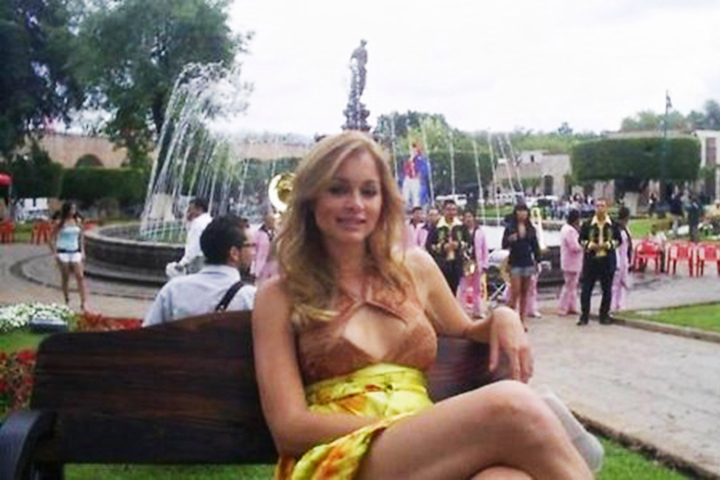 Maria’s profile was raised even further in mid-2014 when, in the aftermath of the shooting down of the MH-17 airliner in Ukraine, it was revealed that she may be living in Holland (Netherlands). Media reports say that she lives in Voorschoten, a suburb of the Hague, with her Dutch boyfriend. Rumours that she is married and has a Dutch husband appear to be false.

One of the most used photographs of Maria Putin dates from 2009 and shows her to be clad in a Cuban national flag and very little else and according to one of the English papers that were among the first to print it, she was reportedly ‘drunk’.

The photo and the accompanying statement tells many Russian people all they need to know about Maria Putin but is there more to this external bravado than we get at first glance?

It has also been suggested that Vladimir Putin is using his daughter to appeal to the youth of the new Russia. At the time, she was dubbed Putin’s pin-up and was accused of being manipulated by her father and to whip up jingoism and ill-feeling towards the West.

At the time, a supporter within Putin’s party put that view across rather succinctly,saying that ‘Maria is a potent combination. She can sway crowds with her passion, her looks and her punchy style, but she also reaches out via her blogs and webcasts to places that normal politics fails to go.’

Maria Putin was believed to be a high ranking figure in the ‘Young Guards’ a youth movement dedicated to following her father’s political beliefs. In the month’s leading up to the British Press’ article, she had emerged from nowhere to write newspaper columns and appear at prominent social gatherings and political rallies across Russia.

One of the quotes attributed to her at the time, betrays her views and in particular, highlight’s one of the main issues facing Russia – that of immigration.

‘They grab our work,’ she said. ‘Immigrants should work in places where Russians don’t want to, or they should go back home.’

The article continued with an anti-western stance but conversely, Maria Putin declared that two of Britain’s greatest leaders were among her heroes,

‘I love Thatcher and Churchill because they are self-made leaders,’ she says. ‘I think Thatcher and I have some similarities. I don’t like how my voice sounds when I am making speeches and I have read that Thatcher corrected her vocal cords to make her voice sound better – I may do the same. She worked hard. She is a good example for me.’

Where is she now?

Two years on from the British article and Maria Putin seems to have faded away from the spotlight. Up to date photos show a far more demure look and the provocative quotes appear to have gone away for now at least.

Perhaps the following quote from Pravda, albeit dating from 2008, sums up the current situation rather neatly.

‘We would like to remind here that the private life of the former President of Russia and his family is a tabooed subject for public discussions and publications in this country.

No one knows Putin’s daughters by sight. They never go out without their bodyguards. Russia and the rest of the world have seen Maria and Ekaterina (1986) Putin only once.

They appeared in public for the first time in the summer of 2004, when they took exams at the State University of St. Petersburg. All professors of the university were told not to say a word about Putin’s daughters in public.’

For the moment, outside Russia at least, all is silent, but the world may not have heard the last of Maria Putin.

The Tunguska explosion in 1908 was shrouded in mystery and at the time, various theories were put forward as to what had happened. Now, over one hundred years later, scientists have narrowed down these theories to a...