Is Siberia a country?

While the answer to this question may seem obvious to some, there are understandable reasons why it should be asked. Siberia is vast and accounts for around three quarters of Russias land surface but it is just a region and not a country.

The name Siberia is believed to derive from the Turkic term for sleeping land, although there are some conflicting opinions with regards to this. Over time, its borders have changed very little and it is widely accepted that the region extends from the east of the Ural Mountains to the western tip of Russia.

Overall, Siberias land mass equates to 13.1 million km², or 5.1 million square miles and this represents 77% of Russia as a whole. In terms of size, Siberia could swallow most nations in the world and this is maybe one of the reasons why people ask is Siberia a country.

A land of contrasts

Its easy for those not familiar with the area to think of Siberia as a frozen wasteland and while it may be true that certain parts of the region suffer from some of the coldest temperatures on earth, there is much in the way of fascinating life.

Siberia is home to many species of wildlife, some of which cannot be found anywhere else on 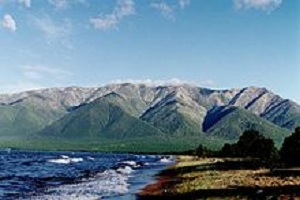 the planet and these may include the Siberian Tiger, the Husky and the Siberian Salamander which is the only Salamander to be found within the Arctic Circle. In addition, parts of Siberia are teeming with many species of birds and fish.

Siberia is rich in mineral deposits too and whole industries have been built following the discovery of elements such as gas, diamonds and gold.

Siberias contrasting geography helps to make it one of the most sparsely populated areas in the world and there are 38 million people living here which is another statistic that could eclipse many countries. However, those numbers equate to around three people for every square kilometre of land and despite taking up more than 75% of Russias land mass, they comprise just 28% of the countrys total population.

There is a huge and diverse mix of ethnic groups here too and while many Siberians are indigenous Russians, others have crossed from the Ukraine, Germany and beyond. In addition there are many Mongol and Turkic groups that have descended from original settlers.

Siberia may not be many peoples first choice as a tourist destination but there is so much to see and do here that it would be a great shame for anyone not to visit here during their lifetime. One of the best ways to see the region is via the comfort of the Trans-Siberian Railway, the longest single rail road in the world.

From Moscow to the end of the region, this will allow you to see the whole of Siberia from your window, with plenty of opportunities to disembark and see things for yourself.

So, when you ask is Siberia a country, the answer is a firm no but dont let that deter you from learning more about this fascinating region.