Since the birth of Communism, followers of the political ideal have often been found in the most unlikely of locations. While many famous communists lived and carried out their work in the former Soviet Union and other communist countries of the world, others held their beliefs, sometimes in private, in more democratic parts of the west.

Here are some famous communists from both parts of the political divide.

It’s easy to dismiss Karl Marx and Friedrich Engels from this list simply by calling them ‘Marxists’ and suggesting that their communist vision was slightly different to the one that became reality.

However, having published the Communist Manifesto in 1848, it’s hard to argue that case. Marx and Engels were the true fathers of communism and the entire movement was based on their work. 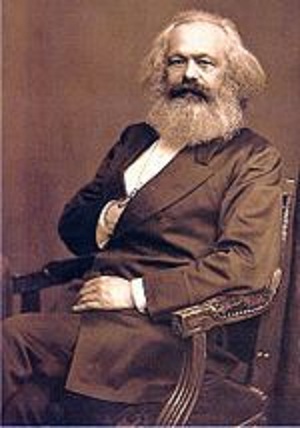 A proportion of disillusioned young Americans were seduced by Communism and the way of life in the former Soviet Union but nobody’s intended defection had greater consequences for the world as a whole than that of Lee Harvey Oswald.

A former US marine, Oswald defected to the Soviet Union and lived in Minsk for a time, marrying a Soviet woman and setting up home there. Upon his return to the USA, Oswald changed the world by carrying out the assassination of President John F. Kennedy – unless of course you choose to believe one of the many conspiracy theories that suggest otherwise.

This may be another contentious entry, depending on how you want to make the distinction between Marxism and Communism.

However the great early 20th century French philosopher was a great promoter of the early Marxist works and many of his theories have been adopted by Communists throughout the history of the movement.

Sartre embraced Marxism throughout his life and although he didn’t actually join the Communist party as such, this fact is seen by many as a mere technicality.

Reed was an American journalist born in 1887 and a Communist activist who was responsible for writing Ten Days That Shook the World, a first hand account of the Bolshevik revolution and one of the most important pieces of work from that time.

Reed was born in Portland Oregon and entered the world of journalism at a very young age. It seems that his socialist ideals sprung from his coverage of the First World War, a conflict that he despised and dismissed as being a battle with commercial interests at its heart.

In 1917, Reed witnessed the October revolution at first hand and during the early days of the fledgling Soviet Union, he wrote his great work. He died just three years later, some say in mysterious circumstances and he was given a heroes’ funeral in Moscow before being buried at the Kremlin Wall Necropolis.

Reed was just one of many high profile Americans who embraced the Communist Ideal and sparked a great deal of political paranoia for much of the Cold War period. His life and work, together with some of the other names shown here underline the fact that famous communists won’t always be found in the most obvious place.