Those who have ever ventured into Russia by air are likely to have been transported by the country’s main carrier Aeroflot. In fact, it comes as a surprise to some outsiders that other Russian airlines even exist.

Vladivostok airlines are the largest carrier in the Russian Far East with many domestic and international flights behind them. Established as an international concern in 1992, the airline can now boast a fleet of over 300 aircraft.

Vladivostok air has in fact been flying since the 1930’s but in that initial period it was very much restricted to internal flights only. With air travel enjoying an intense period of growth in this decade, the area in and around Vladivostok was given two airfields and construction began on the aircraft to complement them. 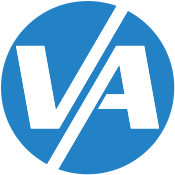 The very first plane to be associated with Vladivostok airlines was a seaplane which took to the air in August 1932. The flight from Khabarovsk to Vladivostok was to form the very first recognised route for the fledgling airline.

By the time that Russia became embroiled in World War II, Vladivostok airlines had become fully established and was heavily employed to carry essential supplies around the country. In contrast with the harsh conflict, this was to become a boom era for air travel in the region and one that reaped some great benefits once the war drew to a close.

Improvements in the overall fleet were also enjoyed and in 1948, Vladivostok air began its first domestic flights between Moscow and its own city in an Ilyushin II-12.

The late 1950’s saw a major era of expansion as the airline began to embrace the jet age with the addition of the Tupolev 104 and 114D. In turn, the main airport was expanded to accommodate these, along with Ilyushins and Antonovs that completed the Vladivostok airlines fleet.

A sustained period of airport expansion mirrored continued airline growth as a brick built terminal arrived in 1961 and a second runway was completed in 1985. All modern aircraft could now be accommodated and while the carrier was now ready for international duty, it was to be seven more years before it moved away from its domestic restrictions.

Vladivostok airlines began operating an international service in 1992 with a scheduled service to Papua New Guinea. With restrictions removed from Vladivostok airport, expansion began at a rapid pace and finally, at the end of the millennium, regular flights to Asia and North America were ushered in.

From that point onward it’s been a period of continual growth and expansion that has resulted in the major carrier that we have today.

After passing a crucial IATA Operational Safety Audit in 2004, the airline had the green light to add to its fleet and the list of destinations until it grew to become the largest operator in Russia’s Far East. You may not have heard of Vladivostok airlines before now but any domestic flight in the country today could give you the chance to make their acquaintance.