Russia has been a multi ethnic country for many centuries but that hasn’t stopped the outside world from forming a stereotypical view of some of the nation’s inhabitants. From vodka drinking to universal wearing of the Ushanka hat, everyone has an image that springs to mind when they think of a typical Russian citizen.

Here are some of the more common Russian stereotypes.

And vice versa: In more ignorant corners of the west, some people have yet to come to terms with the fall of the Soviet Union. As a result, Russians can still be thought of as Soviets and those in countries such as Belarus, Ukraine, Latvia etc are commonly referred to as Russians.

Many of our present Russian stereotypes have emerged from the Soviet era but be careful when calling Russian people Soviets and take great care when referring to a Ukrainian or a Latvian as Russian. You will get a mixed reaction at best.

It can be common for Western people to view Russians as strong and aggressive but not particularly intelligent. This is an opinion that would send many locals into a fit of fury but this notion also exists within Russia itself.

Typical Russian jokes would include people from three different nationalities and the Russian would be the target of the humorous punch-line. As the butt of the joke, the Russian is careless, simple minded but robust in a physical sense and crucially, that always allows him to get the upper hand on his foreign friends.

Many nationalities are linked with chronic alcohol consumption but Russians in particular are prone to this form of stereotyping.

Many conclusions that outsiders draw will be seen as unfair but it’s rather hard to argue with the notion that alcoholism is a major problem within Russia. It’s been cited as the sole reason why the country lags behind the rest of Europe in terms of Russia’s male life expectancy and even President Dmitry Medvedev acknowledges the issue to be a ‘national disgrace’.

Restrictions on the sale of vodka and a minimum price level were introduced in 2010 to address the problem but it will be some time before the notion of a vodka sodden Russian stereotype disappears.

Why do outsiders think it’s cold in Russia all the time? Naturally there are parts of Siberia that are frozen wasteland for most of the year but ask western minds to imagine a Moscow scene and it’s almost guaranteed that it will be placed against an icy backdrop.

Winter can be severe but summers in addition are pleasant in much of Russia so the view of year round snow is another stereotype. That in turn will lead to the image of the average Russian, clad in a great coat, fur boots and of course, the iconic Ushanka.

So while many Russian stereotypes are a little unfair, the average Russian would find it hard to argue that some of the outside perceptions are in fact, worryingly accurate. 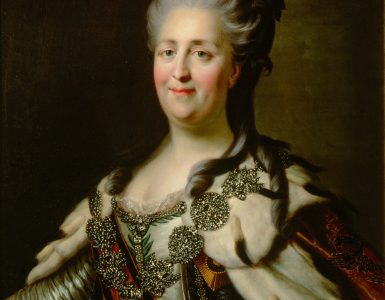