How tall is Vladimir Putin?

Like certain world leaders before him, it is alleged that Vladimir Putin has gone some way to disguising his true height. In fact, some areas of the worlds press are quite scathing in regards to the lengths that he will go in order to achieve this.

A quick search for answers to this question will invariably produce a contrasting set of answers ranging from around 5 foot 5 to 5 foot 9. Generally however it is accepted that Vladimir Putins true height is 5 foot 7 inches (approximately 170 centimetres). 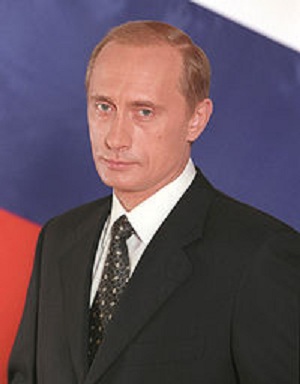 This tends to be a diminutive figure for a leader on the world stage and as such he has been referred to as Napoleonesque and bracketed with Kim Jong Il and even Stalin who were believed to have resorted to bizarre actions in order to disguise their true height.

In 2000, the Washington Times printed an article on the new Russian President and spent most of their column inches describing the lengths that he would go in order to hide his diminutive frame. It was suggested that he moved through crowds as quickly as possible while photographs with other World Leaders such as Tony Blair would always be taken from below in order to disguise any discrepancies in their respective heights.

The article goes on to claim that he was using augmented shoe lifts that were hidden by long trousers and finally, as part of a campaign that the newspaper claimed to be a Kremlin Media Offensive it alleges,

Although the 47-year-old Mr. Putin has been much in the public eye in recent days, television coverage almost never shows the 5-foot-7-inch acting president standing next to a taller man. Instead, he is shown seated, playing with the family poodle, climbing (alone) out of the cockpit of a Russian fighter jet, or meeting with stooped pensioners or elderly women.

Putins stature is at odds with the image he conveys to the public and this is also in keeping with other leaders who have had issues with their height in the past. Vladimir Putin the Judo Black Belt and Putin the fisherman may not directly disguise his lack of centimetres but they do enforce an image in the mind of the Russian people and of the world as a whole.

Outside of his own country, if you ask anyone in the west what they know about Putin as a man, chances are they will point to his judo exploits which have been covered sporadically by the western press.

We are told that he is a multi champion back in Leningrad and although he is not the first leader to have practised this martial art, he is by far the most successful.

So when you ask the question how tall is Vladimir Putin it may be a little difficult to find a definitive answer but the most likely guess is 5 foot 7. As weve seen however, the issue raises more questions than it actually answers.