After winning many new fans with their impressive display against the English in Dunedin, Georgia will be targeting this match as a real opportunity to turn their collective efforts into something more tangible. As winners of the European Nations Cup for the last four years, Richie Dixon and his side will know that they are expected to win when his side take on Romania in Palmerston North on September 28th.

The last time these two sides met, Georgia came through by eighteen points to eleven in Tbilisi back in March 2011 and while that wasn’t exactly an emphatic margin of victory, Dixon’s side are superior in every department and this is their real chance of doubling their current tally of World Cup tournament wins. 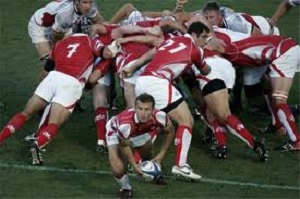 Much has been made of the quick turnarounds that all teams have to face at some point during these group stages and if they are having any effect, Romania will need to be on their guard ahead of this fixture. While Georgia have a full ten days’ rest after their encounter with England, their opponents have just four days to recover from their own match with Martin Johnson’s side before tackling Dixon’s team in Palmerston North.

The issue of turnaround for the weaker sides is compounded by the fact that they don’t have the depth of squad that allows them to make wholesale changes. The Italians for example have rested no fewer than twelve players ahead of their tie with Russia but nations such as Romania just don’t have that luxury.

The only possible issue here is that Romania could conceivably field a much weakened team against England where they feel the game is already lost. This would leave their first choice team fit and available to take on Georgia in a game which represents their only realistic hope of a world cup victory.

Georgia will also appreciate the ten day break as they assess the injuries received to some key players. There was much concern over winger Alexander Todua who took a sickening blow in a collision with Ben Youngs before making his way tentatively from the field a few minutes later. 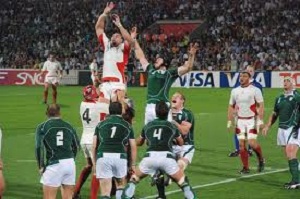 There are concerns in other areas too but aside from injuries, Georgia will need Merab Kvirikashvili to rediscover his form ahead of this match.

In the clash with Scotland, Kvirikashvili was given only two chances to kick for goal but he struck them so sublimely that it was a huge surprise to see his game fall apart against the English.

Whether the ball or the conditions or maybe a combination of both factors were to blame, Georgia simply cannot afford to waste the opportunities which at this level, have to be taken.

Having said that, Georgia are favourites in this match for a reason and despite the fact that Romania came so close to causing an upset in their first game against the Scots, if Richie Dixon’s side play to their full capabilities, there will only be one result in Palmerston North next Wednesday.