Its easy to dismiss that question with a simple answer and say that Russia is no longer a Communist country. While that may be true, there remains a relatively strong Communist following in Russia itself and one that is believed to carry the support of more than a tenth of the population.

Communism  the fall and rise

Russia was subjected to Communist rule for much of the 20th century from the revolutions of 1917 through to the fall of the Soviet Union in the early 1990s. Since then it has been governed by an elected president, currently Dimitry Medvedev who presides over the Russian parliament as an Independent, although he was a member of the Communist Party until 1991.

The current Communist element in Russia is small by comparison but it retains some support.

As Russia approaches the Presidential election of March 2012, opinion polls suggest that the current communist party leader, Gennady Zyuganov, is set to earn 11% of the nations vote.

That may not seem like a lot in terms of a percentage but when you consider the size of Russias population, in pure numerical terms it means that a significant amount of Russians would welcome a return to Communist rule.

But where do Zyuganovs followers come from? The leader himself is approaching his 68th birthday and for nearly fifty years of his life would have experienced nothing other than a Communist leadership under the old Soviet Union.

Like Zyuganov, there are many of a similar age who remain sympathetic to the cause and who genuinely miss the Soviet era but there is continued support among the young at the same time. This would suggest that while the Communist party will remain as a minority political force for the time being, its support is unlikely to disappear completely. 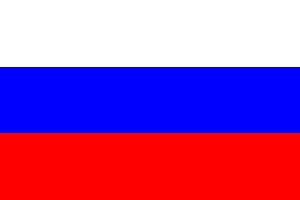 To understand the views of Russian Communists today, the simplest way is to study some of the quotes made by their leader Gennady Zyuganov. Essentially, their hope is to return to Communist rule, with or without the rest of the republics that formed the Soviet Union.

Perhaps more than anything else however, Zyuganov is adamant that the Soviet Era should not be forgotten and upon hearing reports that the infamous Lenin Mummy was to be removed and buried, he had this to say,

“Raising this issue smells of provocation and illiteracy.

While many millions of Russian citizens will be voting for Zyuganov and his Communist party when the Russian elections come around, their support is clearly dwindling.

At the last set of elections, the Communists polled around 17% of the total vote while in the 2000 election, Zyuganov gained support from an impressive 29% of the total electorate.

So are old Communists merely dying off or is there another reason for these falling figures? Ultimately, if you ask is Russia still Communist the answer in simple terms is no and while there may have been a chance of a return to Communist rule ten years ago, it seems less than a remote possibility today.

This Russian leaders timeline contains a list of every Russian leader since Ivan I. A couple of quick notes before we start. Firstly, we’ve chosen Ivan the Terrible to start this journey because, before he became the...

Since the birth of Communism, followers of the political ideal have often been found in the most unlikely of locations. While many famous communists lived and carried out their work in the former Soviet Union and other...

The Tupolev TU-144 has been widely known by many names since it first flew back in 1968. One of only two supersonic transport aircraft to see commercial service, the 144 was also known as the Charger by NATO and more...